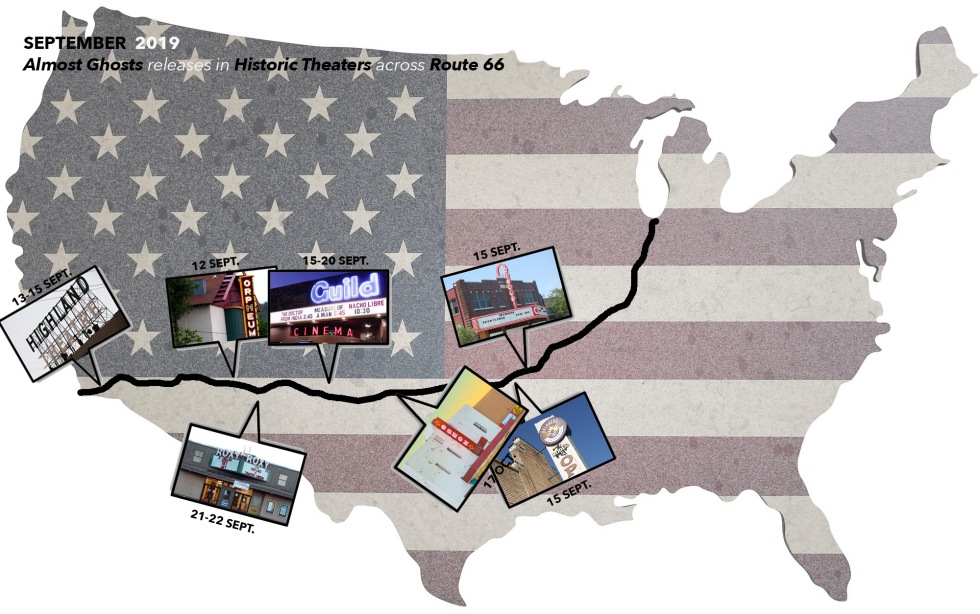 Angel Delgadillo will be speaking before the showing of the film!!

The Majestic Opera House opened in 1911. By 1914 it had been renamed Majestic Theatre. On December 31, 1915 the roof collapsed due to the weight of snow. It was rebuilt and reopened as the Orpheum Theatre and was renamed College Theatre in 1930. It was renamed Orpheum Theatre in 1933. By 1950 it was operated by the Harry L/ Nace Theatres chain. The Orpheum Theatre’s interior is decorated with velvet tapestries and Victorian ornamentation. The theatre is located next to the turn-of-the-century Weatherford Hotel, in downtown Flagstaff. (More info about the theater in Cinema Treasures) 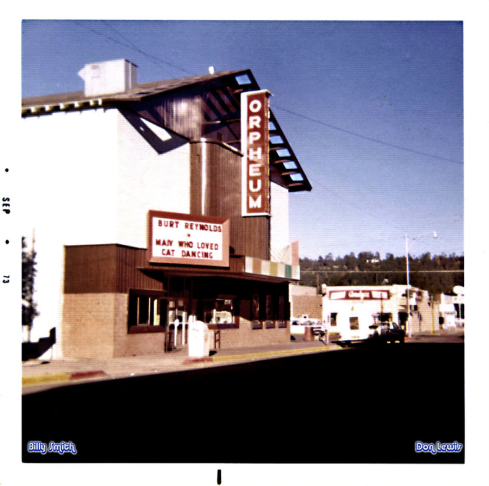 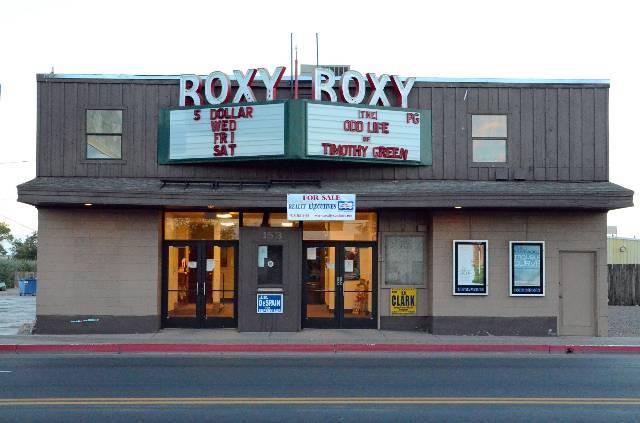 The Guild Art Theatre opened as an adult theatre on February 16, 1966, screening the Greek movie “Red Lanterns” starring Jenny Karezi. It was located in a building that had originally opened a few years earlier as a short-lived store. From 1971-77, the Guild Theatre was a revival theatre, but when the Guild’s owner acquired another art house nearby (the Don Pancho Theatre), the Guild Theatre was shuttered. The theatre was sold to new owners in 2004, who continue the Guild Theatre’s art house tradition. Today, the Guild Cinema is the only remaining independent art house in the Albuquerque area. (More info about the theatre in Cinema Treasures) 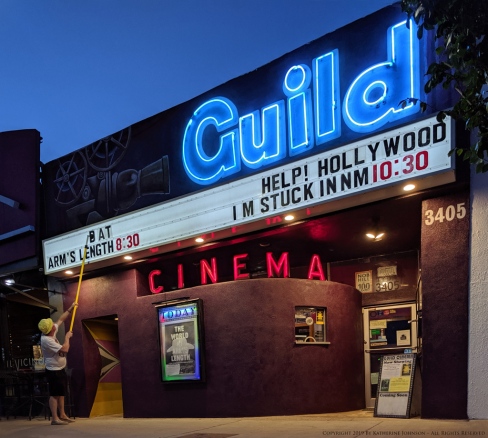 Picture by Katherine Johnson in 8:33 at The Guild

Built in 1935, this old white front Art Deco style theatre is still in operation. Single screen, seating a little under 700. The theatre has a squared marquee with no attraction panels but has a good sized vertical in all red like the marquee with white neon lettering spelling out Odeon. The Odeon plays first run attractions. It was listed on the Register of Historic Places in 2008. (More info about the Odeon Theatre in Wikipedia) 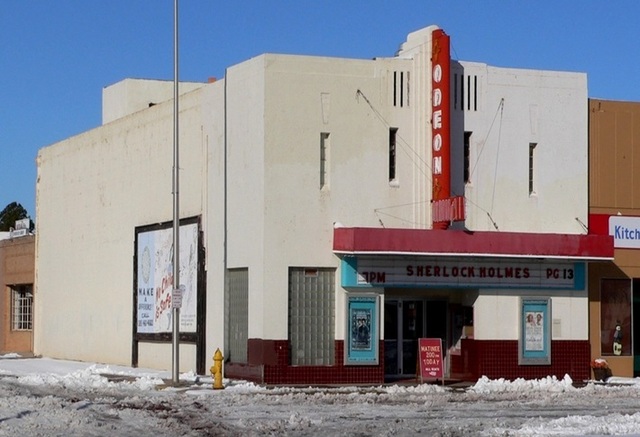 The El Paso Tiempo Theatre was opened in 1917. Located along historic Route 66 (4th Street) in Santa Rosa, over the years it was renamed several times. In 1981 it was renamed Pecos Theatre and operated as a 350-seat movie house until closing in November 2010 with Jim Sturgess in “Legend of the Guardians:The Owls of Ga’Hoole”. It features a Mission style facade of adobe and stone. Until that time, it had been the longest running theatre of Route 66. Purchased by new operators in 2016, the Pecos Theatre has been in renovations until its recent new opening in September 2019. (More info about the Pecos Theatre in Cinema Treasures) 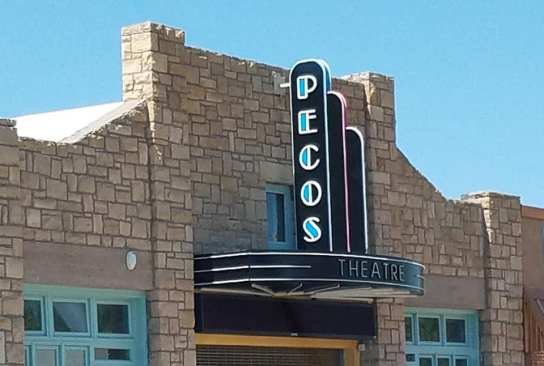 Circle Cinema is Tulsa’s oldest-standing movie theatre that originally opened in 1928 and now operates as the only nonprofit cinema in the area. In 1945, Tulsa had 26 movie theaters. Of those, only one remains standing today: the Circle Theater. Built in 1928 on the old 1926-32 alignment of Route 66 through Tulsa, the Circle was part of the central shopping district in Tulsa’s earliest suburban shopping center, Whittier Square. Like almost all historic single-screen movie palaces, the Circle struggled to remain viable in the age of the multiplex. By the mid-1990s it was shuttered and threatened with demolition. Thanks to the tireless work of the Circle Cinema Foundation, today the Circle is going stronger than ever, and in July 2013 celebrated its 85th anniversary grand reopening. (More info about Circle Theater in National Park Service – US)

Opened in 1924 as ‘The American Theatre’ to show silent movies, the Rodeo Arthouse Cinema seats 596 in a single screen which once was used as an antique mall, an art gallery, a live music venue and of course, a cinema. With the mission of promoting, engaging and enriching community consciousness through film, this is a unique nonprofit movie theatre showing the best in independent film and offering guests a unique movie watching experience. 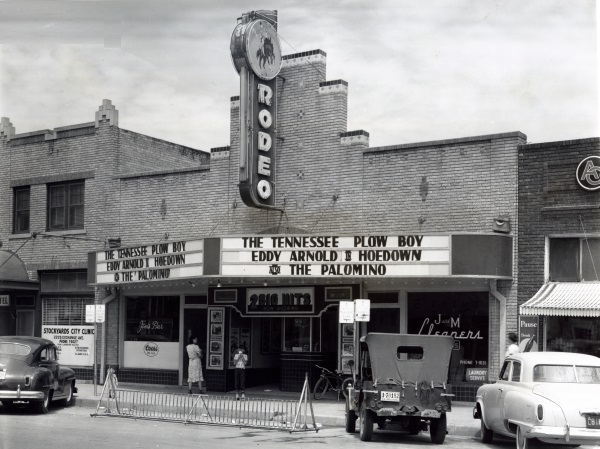